It might seem very obvious, but buying your produce in its most ‘whole’ state will save you money. Pre-chopped veggies are wonderful when you’re in a rush, but if saving is your goal, buying whole means you can use every piece of the vegetable (more on that later), and you’re not paying for the labour of preparation. Whole veggies also last longer than chopped ones, so they’re less likely to lead to waste, if you’re shopping in bulk. The same goes for portioned meat, like chicken. Buy a whole chicken (or two) and break it down yourself. The yield on a whole chicken is much higher, and you’ll be able to keep the backbone for stock.

2. Eat less meat and bulk up with beans

Though you might not think of it that way, meat is a luxury and is priced at such. One surefire way to lower your shopping costs is to buy less meat and substitute it with meaty things like beans and mushrooms. Beans are not only a substantial replacement, but they’re also a great source of protein so you don’t need to feel like you’re missing out entirely, while mushrooms replicate that meaty mouthfeel pretty well. Add either of these ingredients to things like meat ragùs and stews to make the dish go that much further.

If you see things packed together in bulk – buy them. It might feel a little counter-intuitive as it means spending a bit more money up front but chances are that the individual item is going to be that much cheaper. This is especially great for things that will keep well in the pantry, such as pasta, tinned or dried beans and pulses, tins of tomatoes, as well as long-lasting veggies like butternut, carrots and onions. If you want to take advantage of bulk buying deals on produce with a shorter shelf-life, plan for some big batch cooking and freezing.

Big-batch cooking isn’t a new concept, and you can read all about why we’re such big fans here. Not only is big-batch cooking a great time saver, but it’s the best way to use any bulk ingredients, it also ensures you’re doubling up on oven time (to save electricity) and reduces any food waste of ingredients that might go bad within the week. You’re also less likely to default to eating out or ordering in if you know you’ve got something in the fridge or freezer waiting for you. While you’re saving money on electricity, you might also want to consider using something like a Wonderbag for all your slow-cooking. It takes all of the guesswork out of the process, and uses no electricity – double score.

While we’re on the subject of meal planning and batch cooking, it’s worth mentioning the psychological side of shopping. It’s not always easy to stick to a money-saving plan, so set yourself up for success by doing your meal planning and writing a list before heading to the shops. It’ll help you stay in the money-saving mindset and help you to stay strong.

6. Freeze scraps for use in stocks/ soups

As you’re now buying whole ingredients, as opposed to pre-prepped ones, you’re likely going to have a lot of scraps to deal with. Whatever you do, don’t chuck them away, as some can be repurposed for cooking later. Things like celery leaves, (washed) carrot tops and peels and onion roots can be stored in containers in the freezer, and used to turn into veggie or chicken stock. Most cheeses, and in particular, Parmesan rinds, can also be frozen and used at a later stage. Rather than letting that beautiful lump of blue cheese or Brie go all mouldy and, inevitably chucking it out, freeze for use in a soufflé or the ultimate mac ‘n cheese.

There’s a reason seasonal cooking is so popular, and it’s not just because it sounds fancy. In-season produce is not only at it peak quality, but it’s cheaper too. Ever wonder why avocados cost a fortune at some times of the year? Because they’re out of season. Be patient and wait for veggies to come into season – they’ll taste better and they’ll cost much less.

Look, we’d all love to live a life of Parmeggiano Reggiano and extra virgin olive oil, but sometimes our budgets just won’t allow it, and in all honesty, some of these ingredients have perfectly serviceable substitutes. Parmesan might be the most delicious of all the Italian hard cheese, but the little bit you’re grating over the top of your spag bol isn’t the defining characteristic of the dish. A good quality, local equivalent hard cheese will cost half that, and do the same job. Similarly, an olive oil blend is perfectly acceptable for cooking and roasting. Save the high rolling expensive stuff for salad dressings, where you’ll actually be able to taste those nuanced flavours. Salt is another place where it’s easy to shell out. Don’t use Maldon (or a hand-harvested sea salt flake equivalent) in pasta water, the bases of any stews or soups or roasts. You can’t taste the difference at that stage, so save your flakes (and money) by using regular table salt in cooking and only sea salt for finishing dishes.

It might seem like another Instagram trend, but there’s a lot to be said about growing your own veggies from scraps. Things like avos, spring onions and celery all regrow with little effort. Simply prop them in a little bit of water, wait for the roots to sprout and replant them in nutrient rich soil. Think of all the money you’ll save never having to purchase them again.

No, really. Think of some of your favourite dishes you cook now, and chances are, they’re originally peasant food. Minestrone, ribbolita, ratatouille, panzanella, frittatas and ramen are just some examples of popular foods that were borne out of frugal beginnings. The common link between these dishes is that they make use of minimal meat, are heavy on filling veggies or pulses, and, in the ramen, frittata and panzanella particularly, they use up scraps or leftovers such as stale bread or pork bones.

Most diets fail when adhered to too strictly. Likewise, most budgets! Try to design your budget with some small treats for yourself to keep your brain happy. If you fail, and splurge on something expensive, don’t give in. Resolve to get back on the straight and narrow next time. And remember, while fancy chocolate, nuts and egg-heavy pudding cakes might be off the menu, there are plenty of frugal puddings. Melkkos was designed to be made from pantry ingredients, ditto pancakes and even some cakes. 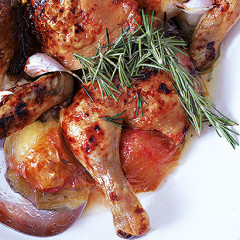 Pat the chicken dry and place … 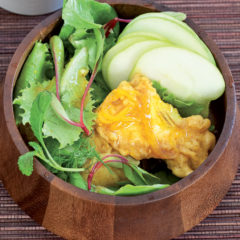 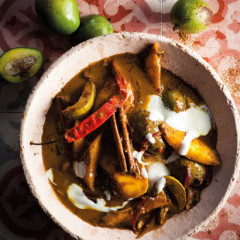 Heat the sunflower oil in a pa…