Seb hates hiccupping. It distressed him from the time when he was a small baby. The other day I fetched him from school. “How was your day?” I asked. “I had hiccups,” he told me sadly. Having hiccups is a Big Bad Thing. There are all sorts of old wives’ tales about how to make hiccups stop: drink a glass of water upside down (how is this even possible?), or give a hiccupping person a fright, or make the victim hold their breath. None of which I was prepared to inflict upon my beloved son.

Instead, I decided I would hold Seb tightly to me – heart pressed against heart – and we would count down the time between hiccups. When a hiccup would come, I’d go “Oh no!” in mock exasperation and start counting again from the beginning. “One, two, three, four, five, six, seven, oh no! One, two, three, four, five … oh no!” And so it would go until he started laughing and the hiccups magically disappeared. It’s our thing. He is eight and we still do this. Of course he has now learned to manage the hiccups on his own, and he has become fascinated about why we hiccup. So am I.

Charles Osbourne held the world record for having hiccupped for 68 years, which is quite frankly horrifying. Jacques, instead of giving Seb the quick gastroenterologist-type “it’s a spasm in the diaphragm” answer, thought it would be a good idea to tell our son that humans hiccup because of evolution, because we evolved from fish. “I thought we came from apes!” Seb exclaimed. And down the rabbit hole they went… This tells you all you need to know about our respective parenting styles.

Recently, the three of us learned that drinking a small amount of freshly squeezed lemon juice or eating the flesh of a lemon wedge – the cut and size used in a good cocktail – can also make hiccups stop. This is a secret known to bartenders the world over and led to a study and write-up in the prestigious New England Journal of Medicine. The random quirkiness of this discovery thrilled us and, to our delight, it really works. Almost as well as the heart-hugging-and-counting-and-laughing method. And almost as well as the telling of curious scientific facts.

We have lemon trees in our small urban patch, which means we have the medicine on tap. And, as everyone knows, just a spoonful of sugar makes the medicine go down. And while a chilled limoncello is my happy medicine and a lemon meringue always goes down well, this cure needs a comforting celebratory accompaniment, namely a self-saucing lemon pudding.

A recipe for which there are no fewer than three slightly different variations in my own ma’s handwritten recipe book: lemon deliciousness, baked lemon pudding and lemon hot-water sponge. As it happens, I use none of these, preferring a fourth one given to me by a friend. Because sometimes there are many ways to get the same result. And so, in the roundabout way of all family fables, a sad bout of hiccups requires a mamma’s counting hugs, a pappa’s science story, a bartender’s genius and some celebratory lemon pudding. Things that appeal to the heart, the head, the hiccup and the hunger. 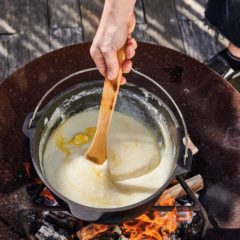 1. Bring the water to the boil… 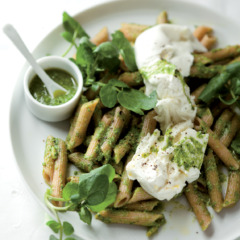 In a saucepan of salted boilin… 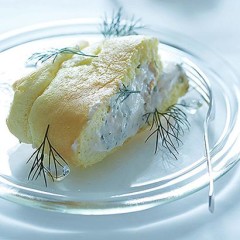