Try these great vegan restaurants in South Africa for starters.

This new Sandton favourite is flexitarian rather than vegan. But the free-range meat and fish dishes are marked with an icon on the menu – rather than the other way around. “We realise not everyone’s journey is the same,” says the menu. Chef Lexi Monzeglio says her goal is to simply encourage everyone to eat more plants. Think smashed beetroot falafel wraps, porcini risotto made with black rice, or an Italian stack of broccoli and cherry tomatoes.
lexiseatery.com

Ariel Cohen opened Free Food* Diner & Takeaway in Birnam in 2013, selling vegan food that is also free from gluten, wheat, sugar, preservatives and dairy. Think deep, dark chocolate cake made with rice flour, dates, cocoa mass and organic coconut oil; glorious almond-milk shakes, or an Orient Express bowl with broccoli, pak choi, tofu, chutney-glazed sweet potato, pickled red cabbage, and pink ginger jelly – among other things! New to veganism? Ariel advises you not to panic. “I always recommend that newbies play with their food, lose their ego (for a short while only), and share their initial vegan creations only with those who are very hungry and/or deeply fond of them!”
freefood.co.za

Photographer Werner Prinsloo’s small restaurant and takeaway spot opened in Blairgowrie in January, offering vegan versions of dishes South Africans know and love. Their most popular dish? The cheesesteak sandwich made using wheat protein-based meat replacement seitan and vegan cheese from Irene’s Gourmet. While you’re there, stock up on vegan chocolate from The Chocolatiers and your own supply of vegan cheese.
facebook.com/TheFussyVegan

It’s not all about veggies! There are glorious sweet treats to be had, too. Paul’s Homemade Ice Cream, with outlets in Cresta, Parkhurst, Bedford Centre, Rosebank, Sandton and Hyde Park Corner, makes vegan ice cream with a coconut-milk, or coconut- and cashew milk base. Look out for dark chocolate, salted caramel or milk stracciatella.
paulshomemade.com

Andre Rutishauser worked for marine conservation group Sea Shepherd before opening Conscious Café in Hillcrest four years ago. He’s passionate about the environmental benefits of a vegan or vegetarian diet. The café’s most popular dish? The falafel wrap. “We use an ancient falafel recipe from the Middle East and we make it all from scratch.” Other vegan options include The Captain’s Lunch – scurvy-preventing avo toast topped with mushrooms, salsa, sprouts and grated carrots, and a burger with a carrot-and-beetroot patty with home-made pickles, pea pesto and tangy tahini.
facebook.com/consciouscafe

Think vegan food is too plain for you? Lekker Vegan in Zonnebloem aims to change that. Opened by James Knaap, and his Dutch family in 2017, the restaurant offers a range of OTT burgers and gatsbies topped with the likes of fried onion rings and vegan cheese, laced with vegan sauces. Also on offer: vegan soft serve and apple crumble. They’re already planning a second location off Kloof Street.
lekkervegan.co.za

Owner Toby Scheckter credits the Leonardo di Caprioproduced documentary Cowspiracy with spreading the message around the ethics of a vegan diet. While the offering in SA restaurants hasn’t historically been particularly well developed, Toby says this has changed in the past year. “South Africa has amazing produce,” he says. His own restaurant in Sea Point is no exception. Don’t miss the famous flapjacks, best vegan burger, and glorious sugar-, dairy- and gluten-free raw organic treats.
schecktersraw.com

This bright yellow Sea Point restaurant might be tiny, but what it lacks in size, it makes up for in deliciousness! Zimbabwean Elisha Madzivadondo started selling his vegan burgers at markets and, with the assistance of a Sea Point doctor who fell in love with his food, realised the dream of opening his own restaurant. Elisha’s burgers are packed with black beans and sprouts (which he grows himself at Oude Molen Eco Village), as well as hummus, avo and magnificent falafel patties. Also try one of the flavour-packed juices.
facebook.com/TheSunshineFoodCo

Do you have a favourite vegan restaurant? Let us know in the comments below. 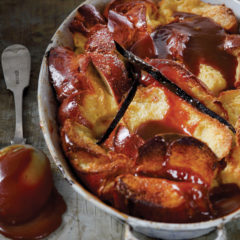 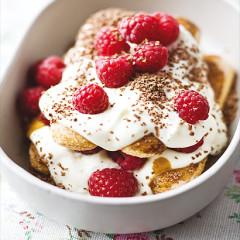 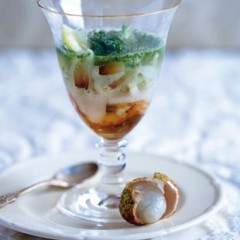 Into each of four glasses, dri…