Combine the melted butter, oil and sugar in a mixing bowl. Whisk well to combine. Add the eggs and vanilla, then beat until light and fluffy. Sift the flour, salt and cocoa powder and fold into the wet ingredients until just combined. Fold in ¾ of the chocolate.

Pour the batter into prepared pan, smoothing the top with a spatula, and top with the remaining chocolate. 4 Bake for 25–30 minutes, or until slightly fudgy but set. Allow to cool in the tin for 15 minutes before slicing into squares.

For the coconut topped brownie:
Heat the oven’s grill. Place the coconut marshmallows on top of the brownies and grill for a few minutes until golden and melted. Allow to cool slightly before slicing into squares.

For the cereal crunch brownie:
Place the sugar and water in a medium saucepan over a low heat and stir, brushing any sugar crystals from the sides of the pan using a wet pastry brush. When the sugar has dissolved, increase the heat to high, bring to the boil and cook, without stirring, for 8–10 minutes, or until golden. 5 Carefully add the cream and butter and stir until well combined. Stir through the cornflakes and pour the mixture over the brownies. Set aside for 30 minutes, or until almost set, before removing from the tin.

For the Peppermint Crisp tart brownie:
Allow the brownies to cool completely. Spread with a swirl of caramel treat and sprinkle with crumbled Peppermint Crisp. Slice and serve.

Cook's note: The only way I can improve on one of these is when I sneak the almost empty Nutella jar from the cupboard before anyone else gets to it, add hot milk to the jar and shake it up for the best ever hot chocolate to go with the brownie. But a great cup of coffee will do, too.

These recipes appear on the cover of TASTE's April 2019 issue, on sale now! 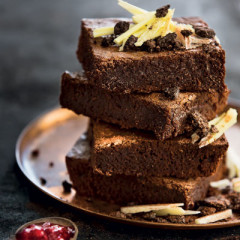 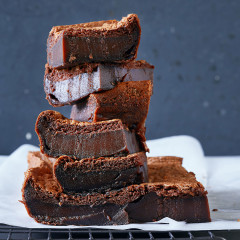 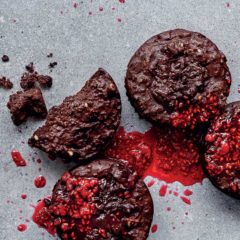 This proudly South African recipe is one of the mo

Whether they are savoury, sweet or a delicious com

What fish is best to braai?